"We want to build our skills in-house so it's a great product for companies like us."

It was Kotikan's seventh anniversary, they were growing like crazy and CEO Gavin Dutch had been shortlisted for a Spirit of Scotland Award. They needed a press release fast. So they came straight over to PingGo!

Marketing assistant, Sarah Killarney-Ryan had never written a press release or spoken to a journalist before. Yet, in less than five days she got her first story in the national press using PingGo to take her by the hand and guide her step by step.

PingGo helped Sarah to write a press release by prompting her for key facts and encouraging her to discard any information not essential to the story.

Sarah was quickly able to write a punchy press release with a news hook that caught the attention of The Scotsman.

"I know we would be reluctant to get an agency on board and would rather grow our skills internally so it's a great product for companies like us."

With an exclusive in The Scotsman, Sarah shared the coverage on all her social media channels, amplifying the reach of the story.
View Coverage 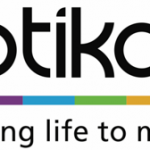 Kotikan is a UK mobile app development company, founded in 2007 by Gavin Dutch in Edinburgh. In 2015 was acquired by fantasy games platform, FanDuel.

Back to Success Stories