"I have been a fan of PingGo from its earliest days it gives me control and flexibility over my communications and de-mystifies the media."

Jude Cook, co-founder and MD of ShareIn had hired PR agencies before but wanted to grow PR skills in-house.

Having secured $1million investment Jude was set to triple the size of her team and change ShareIn's business model to become a global technology provider of equity crowdfunding tools.

She had met a local journalist at a business event who had asked her to keep him informed of any news. Once she had her first press release she called him up and pitched the story as an exclusive.Having written one press release successfully Jude returned to PingGo a couple of months later to write another one, keeping her brand visible on Google.

"I have been a fan of PingGo from its earliest days it gives me control and flexibility over my communications and de-mystifies the media. I have returned again and again to PingGo to help give me the structure I need to write press releases."

Jude secured a series of articles in The Scotsman covering the investment and an overseas partnership. This prompted the journalist to ask her for comment on an international story he was covering.
View Coverage 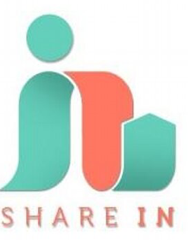 ShareIn is the UK's experts in crowdfunding software and compliance, founded by Jude Cook in 2011, and based in Edinburgh.

Back to Success Stories